Marking 50 years of Royal Mail Christmas stamps with a Special issue that celebrates some of our most popular festive traditions – from decorating a Christmas tree to making a snowman.

These Christmas 2016 Special Stamps celebrate some of the best-loved traditions of a UK Christmas - decorating the Christmas tree, making a snowman, hanging out a stocking, eating a Christmas pudding and lighting a Christmas lantern. Also featured is a robin redbreast, which is synonymous with Royal Mail and has a strong association with sending and receiving cards and messages. Its appearance on cards was inspired by the red coats worn by postmen in Victorian times, who were known as ‘red-breasts’.

The images on the stamps were crafted by Manchester-based, illustrator, Helen Musselwhite. For the stamps Helen created intricate paper sculptures which were then photographed. She cut the paper by hand and folded the pieces to build the detailed and multi-layered festive scenes.

Helen said: “Illustrating the Royal Mail Christmas 2016 stamps has been one of the most important and favourite jobs of my career to date.

I'm immensely proud that my work will be winging its way across the world sending Season’s Greetings far and wide from the UK.” 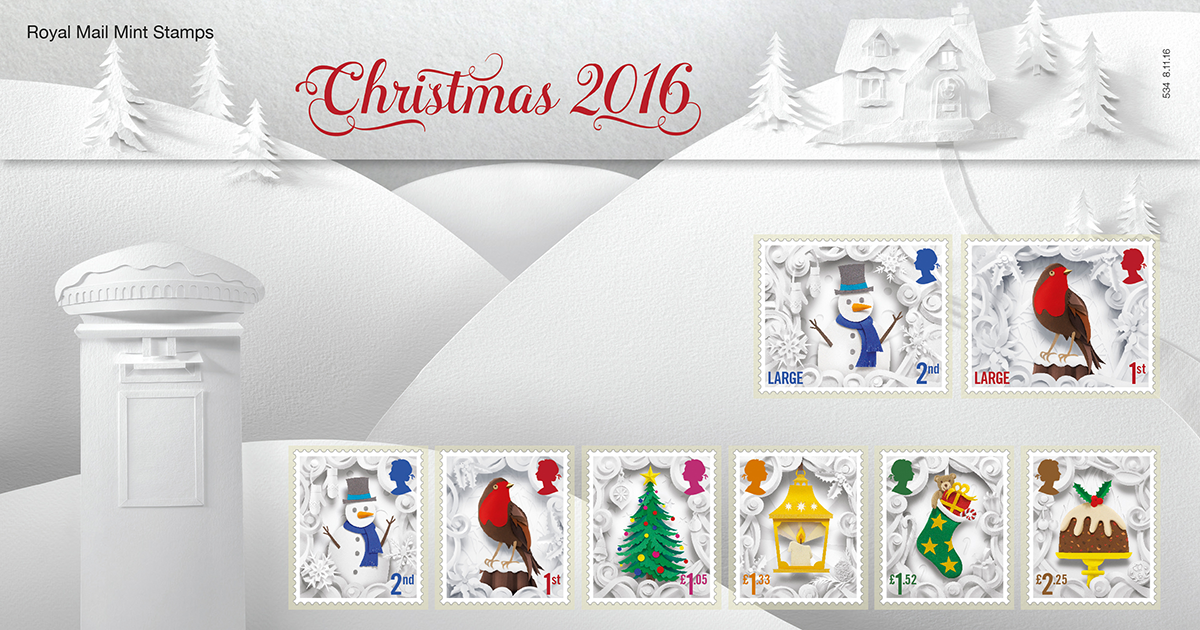 The History of Christmas Cards

The tradition of sending Christmas cards was established in 1843, with the introduction of the World’s first commercially produced Christmas cards. The cards were commissioned by Sir Henry Cole, who just three years earlier had played a key role in helping introducing Royal Mail’s Penny Post service. Only 1,000 of these cards were printed and sold for a shilling each. This meant that they were a luxury item and were not affordable for most people.

One of the original 1,000 cards sent is also the most valuable in the world, according to Guinness World Records. The card, which was originally sent by Sir Henry Cole to his grandmother in 1843, was sold at an auction in Devizes, Wiltshire for £20,000 on 24 November 2001.

Royal Mail’s postmen and women were also responsible for the ever popular robin gracing the front of cards. During the mid-1800s the postman’s uniform included a bright red waistcoat to match the official red of pillar boxes. The striking uniform resulted in postmen being referred to as ‘robin redbreasts’ and the robin being introduced to Christmas cards as a symbol of the postmen who delivered the cards. 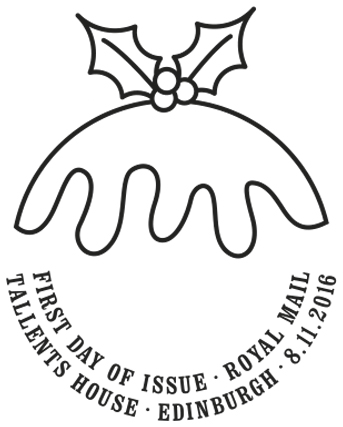 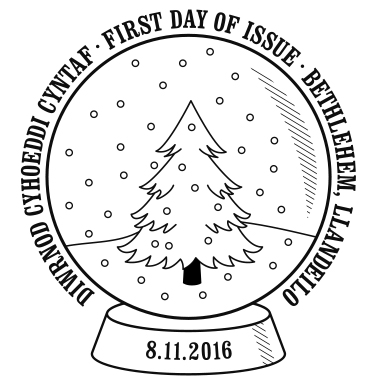