The compositions for the Madonna & Child Special Stamps have been selected from around the world.

The designs are based on initial concept ideas by Kate Stephens.

The two winning stamps from the Children’s Design Competition were selected by HRH The Prince of Wales.

The two winners of Royal Mail’s 2017 Christmas Stamp Design Competition attended Clarence House for a prize-giving presentation by His Royal Highness The Prince of Wales.

The two winning designs are, ‘Santa Claus on his sleigh on a starry night’ by Ted Lewis-Clark, aged 10, and a pupil at Oakfield Academy in Frome, Somerset, that will appear on the 1st Class Christmas stamp and ‘Snow family’ by 9-year old Arwen Wilson, who goes to St Chad's Catholic Primary School in Dudley, West Midlands, that appear on the 2nd Class Christmas stamp.

The competition received over 200,000 entries. These were shortlisted for the next stage of the process where local judges from 12 UK regions selected their top two entries to represent the region in the national final.

His Royal Highness The Prince of Wales then chose the two winners from the regional finalists.

1st Class stamp winner, Ted Lewis-Clark said: "Its's incredible! I couldn't believe that I had won a competition that had over 200,000 entries. And that now my design will be sent all over the world as the Christmas stamp!

And of the prize-giving event at Clarence House, he said: "It was a little nerve wracking at the start, but once Prince Charles came into the room it was so obvious that he was a nice person that I relaxed immediately."

Arwen Wilson, designer of the 2nd Class stamp, said, "When I went to Clarence House it was very exciting. Prince Charles was very kind when he spoke to me and gave me a framed copy of my stamp design. It was a great day and I am so happy my stamp design won".

In addition, to mark their success, a special postmark will feature on mail delivered to addresses nationwide. Each child will have their name on the postmark for a week in November with the message: “Ted Lewis-Clark/Arwen Wilson – Winner of Royal Mail’s Christmas Stamp Design Competition.” Ted and Arwen’s postmarks will feature on mail delivered from 7 November and 14 November, respectively.This is only the fourth time in the company’s 500-year history that children have designed Christmas stamps.

As with all Special Stamps issued by Royal Mail, both winning designs were approved by HM The Queen. 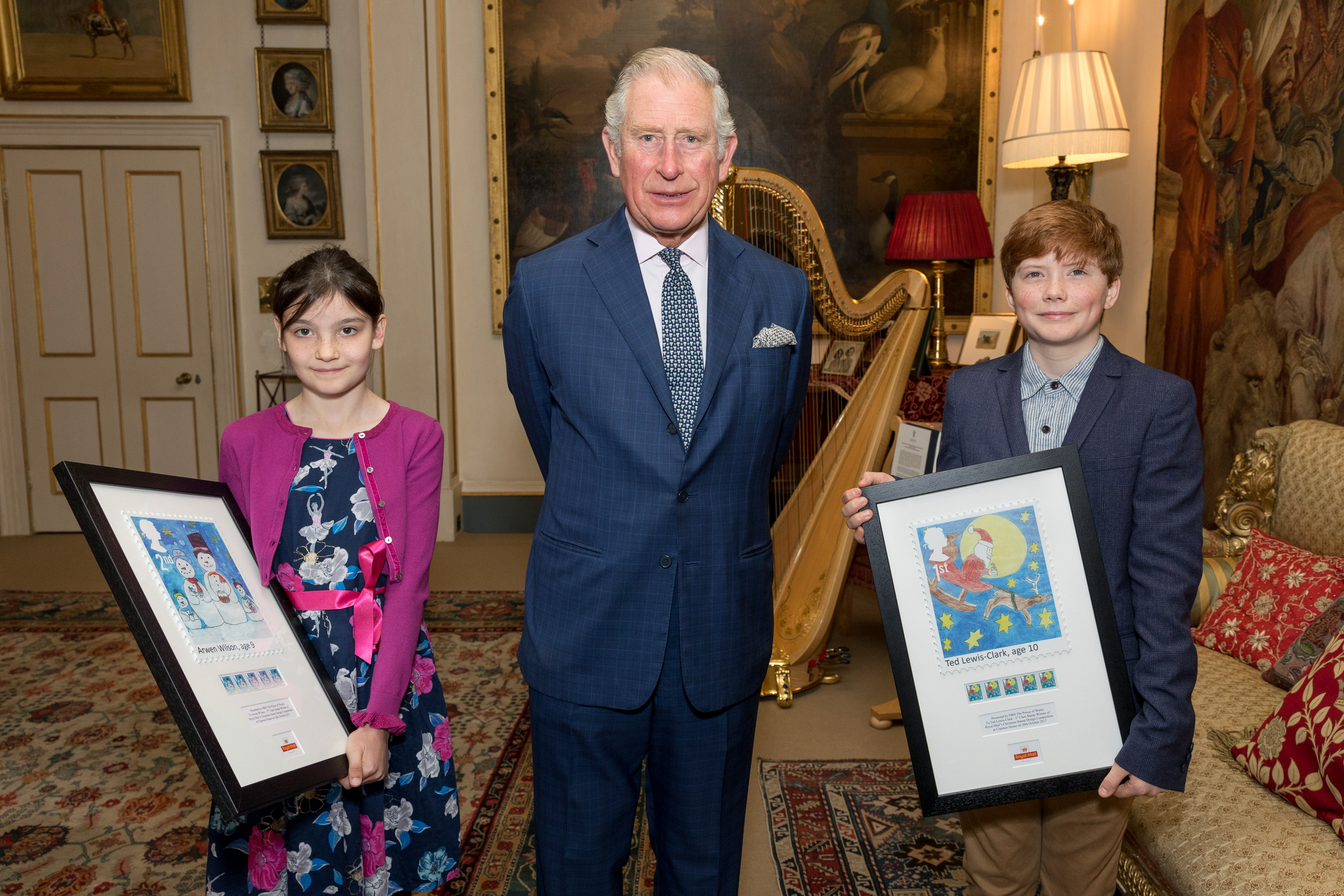 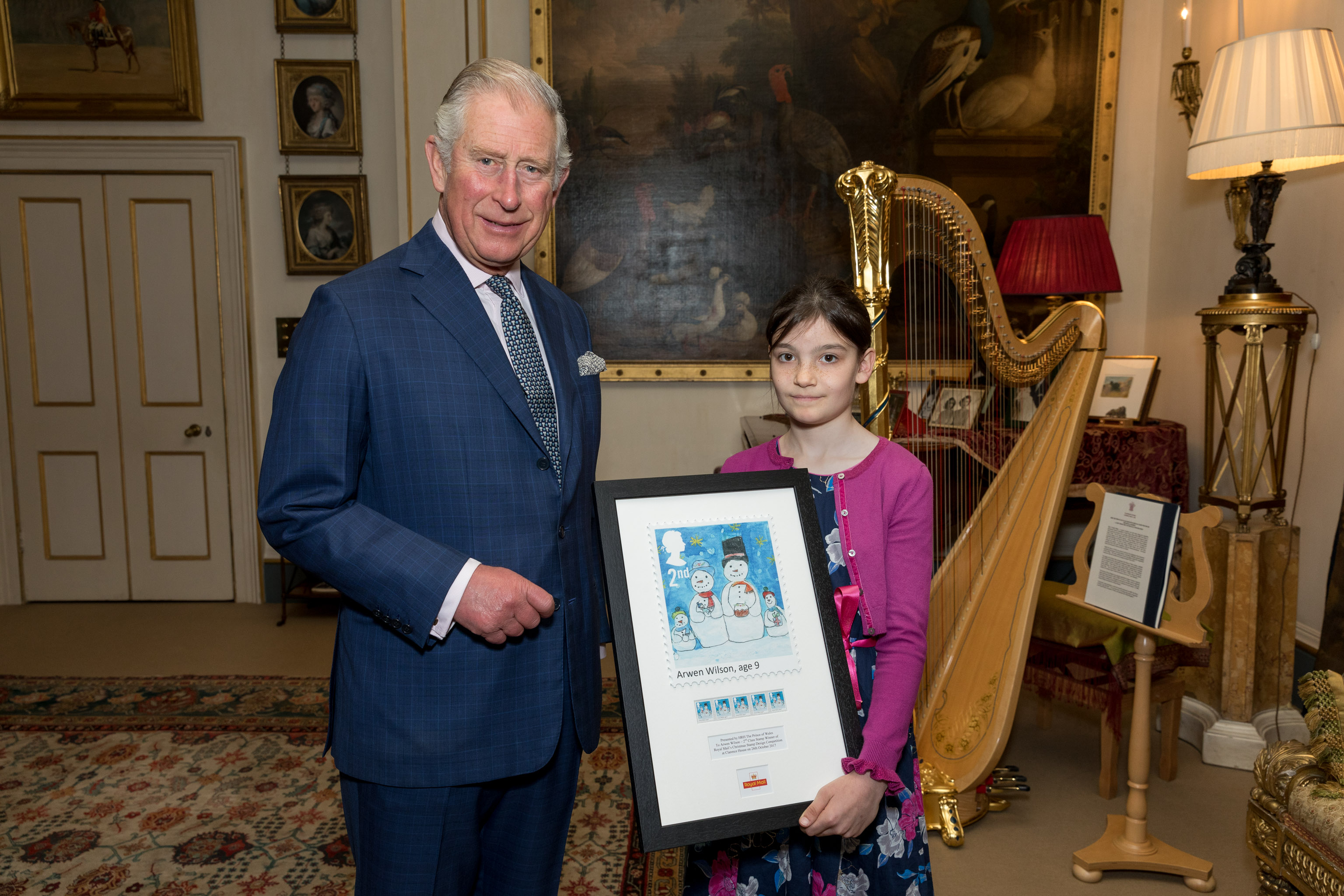 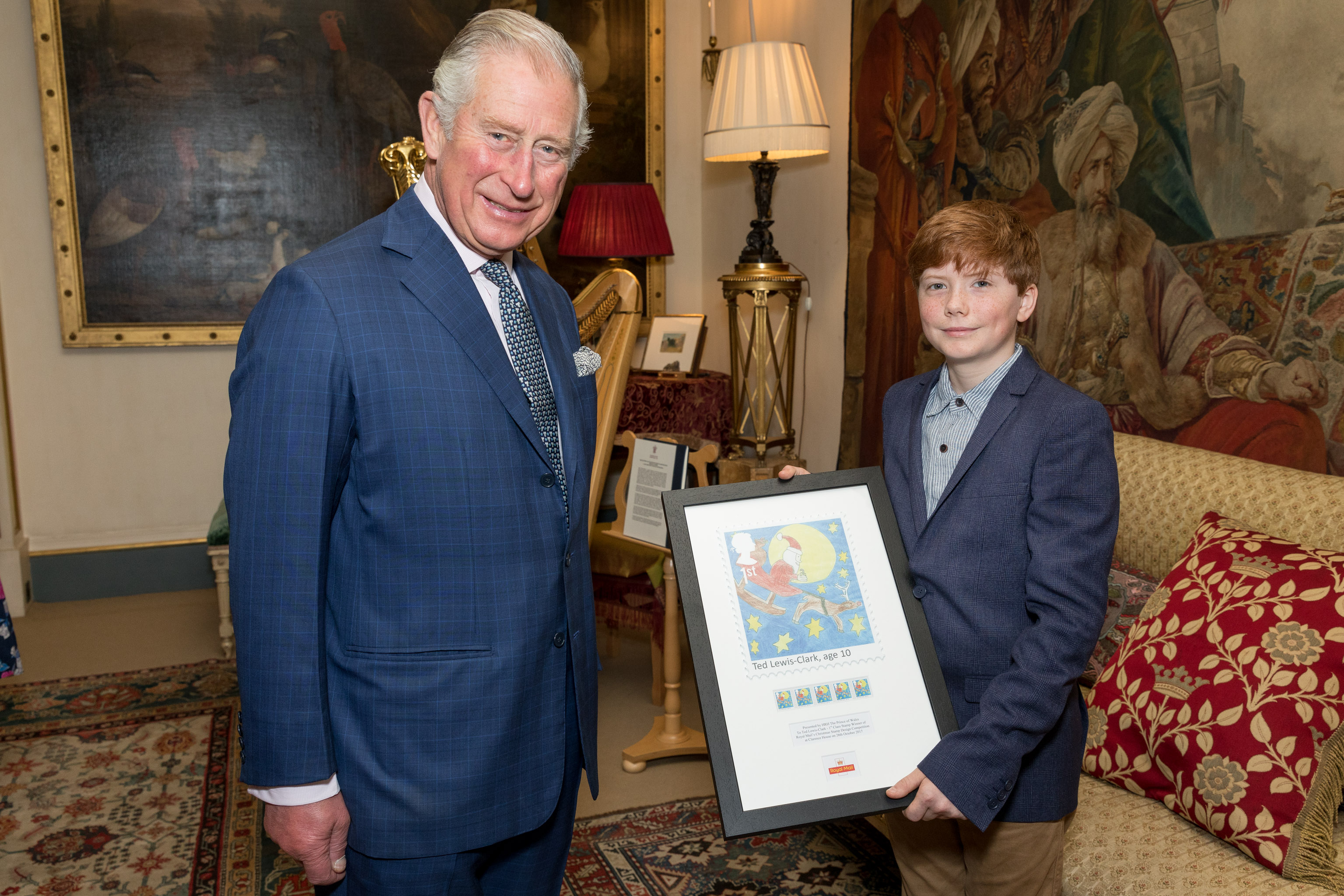 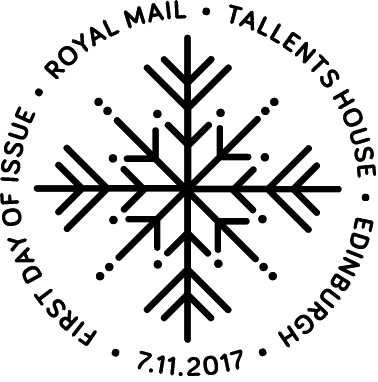