These Special Stamps celebrate 10 iconic buildings from across the UK.

The images capture the distinctive lines and shapes of the structures that have become famous landmarks.

Featured in the set are:

The past two decades has seen a surge in the construction of new public buildings in the UK.

A great many of these adventurous and innovative structures, serving culture, sport, government and business, have since become popular and integral parts of their local landscapes, often playing a part in regeneration.

Some were initiated by central government, some by civic leaders of major cities, and others were the ideas of passionate individuals.

There has also been a renewal of confidence in British architecture led by world-famous architects including Zaha Hadid, Lord Richard Rogers and Lord Norman Foster, along with a host of other talents.

Scottish Parliament, Edinburgh
The Scottish Parliament, which opened in 2004, is a building extraordinarily rich in ideas, materials and complex shapes. It was created in the aftermath of the 1997 referendum, in which the people of Scotland voted for their country’s first parliament in over 300 years. It was designed by Enric Miralles and Benedetta Tagliabue (EMBT), who wanted to find a way of expressing national identity. Their design is based on the striking surrounding landscape and also draws inspiration from such things as the shapes of leaves, boats upturned on a seashore and the flower paintings of the great Glaswegian architect Charles Rennie Mackintosh. EMBT’s wish was for a building “growing out of the land” that should “arise from the sloping base of Arthur’s Seat and arrive into the city almost surging out of the rock”.

Constructed using Scottish stones and timbers, the Scottish Parliament won many admirers for its daring and exuberance. At the official opening on 9 October 2004, Her Majesty The Queen described it as a “landmark for 21st-century democracy”. Sadly, Miralles died in 2000 aged 45, never to see his vision realised.

Winner of the RIBA (Royal Institute of British Architects) Stirling Prize for Building of the Year (2005).

Everyman Theatre, Liverpool
The design of theatres is a complex and subtle task for architects. Apart from meeting the technical challenges of acoustics and sightlines, they have to make spaces where a theatrical atmosphere can flourish to enable a rapport between performers and audience. They have to have character and a sense of occasion, but the architecture should not dominate the acting. The architects Haworth Tompkins are specialists in designing theatres that achieve these qualities. At the Everyman, a much-loved Liverpool institution rehoused in a new building in 2014, they used a rich and tactile palette of rough and smooth materials, including concrete, reused bricks, timber, cork, red leather, copper and plywood. The large stage, which projects into an auditorium of close-packed seating and was inspired by the Everyman’s former space, creates an intense relationship between actors and viewers. On the street façade, 105 life-size portraits of Liverpool residents by local photographer Dan Kenyon were etched onto moveable aluminium sunshades.

Winner of the RIBA Stirling Prize for Building of the Year (2014).

IWM North, Manchester
The Polish–American architect Daniel Libeskind made his name with the Jewish Museum in Berlin, a building that sought to represent the complexity and anguish of its subject through its jagged angles and complicated interlocking forms. Located on the banks of the Manchester Ship Canal and opened in 2002, the IWM North – a museum dedicated to telling the story of how war has changed lives from the First World War to the present day – was Libeskind’s first building in the UK. Its form was conceived as a series of fragments of a shattered globe that have been reassembled, with three interlocking shards signifying conflict on land, water and in the air. Achieved on a budget of £28.5 million and covering an area of 69,965ft² (6,500m²), its construction materials include steel frames and aluminium cladding. With its irregular angles and clashing shapes, IWM North has a deliberately unsettling feel, while also offering moments of peace within.

Winner of the British Construction Industry’s Building of the Year Award (2004).

Giant’s Causeway Visitor Centre
Rare, beautiful and wild places present a special challenge for architects, because their very attractiveness and popularity can threaten to overwhelm their rarity, beauty and wildness. Giant’s Causeway in North Antrim, a UNESCO World Heritage Site famous for its geometric geology of interlocking hexagonal pillars, is no exception. Its visitor centre had to meet the public’s requirements for coach and car parking, a café, information and toilets, while also ensuring minimum impact upon the sight people had come to see. The building was thus located 0.62 miles (1km) from the site itself and its architects Heneghan Peng designed a sloping grass-roofed building that is cut into the ground to minimise disruption to the line of the adjoining ridge. Within this discreet outline they then created a large structure, with substantial angled pillars that are human-built echoes of the nearby landscape. Constructed using dark basalt quarried from the same ancient lava flow that produced the Causeway and completed in 2012, the centre provides a unique and complementary gateway to the main attraction. Both are owned and managed by the National Trust.

Library of Birmingham
Francine Houben, of the Dutch architectural practice Mecanoo, believes that libraries are “the cathedrals of nowadays” and “the most important public buildings”. She and her practice designed the Library of Birmingham to be a “people’s palace” – a grand structure that celebrates the importance of learning but which also “promotes the informal” and “seduces people into coming in”.

The exterior of the ten-storey building is wrapped in broad bands of gold and silver cladding, overlaid with a filigree pattern of interlocking circles in thin sections of aluminium. Inside, a large cylindrical void rises through the centre, criss-crossed by blue-lit escalators and giving access to many different uses, including adult and children’s libraries, a musical collection, a studio theatre, an exhibition gallery and the Shakespeare Memorial Room, whose ornate timber interior was originally created in 1882 and reinstalled at the top of the new building.

London Aquatics Centre
Dame Zaha Hadid, who died in 2016, was one of the most charismatic and influential British architects of all time. Her use of irregular angles or curves, and of gravity-defying structures, changed the course of architecture around the world. The London Aquatics Centre at Queen Elizabeth Olympic Park, built for the 2012 Olympic and Paralympic Games and then modified for permanent use, is her most significant work in Britain and perhaps the most memorable building created for the Games. Inspired by the fluid geometry of water in motion, it is dominated by a flowing steel roof clad with wood, undulating and curvaceous like a marine creature, which touches the ground at three points. This creates a huge, dramatic interior with glass walls filling its flanks. Other elements, such as the shapely diving boards, add to the sense of dynamism.

National Assembly for Wales, Cardiff
The Senedd is the home of Wales’s parliament, the National Assembly for Wales. It represents a significant stage in the story of the nation’s devolution and, since its official opening in 2006, has become one of Wales’s most iconic buildings. Following the launch of an international design competition, it was the Richard Rogers Partnership (now Rogers Stirk Harbour + Partners) that developed the winning architectural design for the new parliament in Cardiff Bay. At the heart of the concept was the need to generate a sense of open government and public accessibility. The extensive use of glass throughout the Senedd signifies clarity, openness and transparency, while members of the public have access to spaces outside and throughout the upper and centre levels of the interior. The building has also been designed to make a significant contribution to sustainable development: the funnel in the Siambr (Debating Chamber) acts as a giant air vent and forms part of a significant strategy for cooling and ventilating the Senedd using largely natural means.

Switch House – now the Blavatnik Building - Tate Modern, London
When Tate Modern opened in 2000, in the converted shell of the former Bankside Power Station, the new architecture was self-effacing: the idea was to let the imposing industrial building speak for itself. The Switch House, its ten-storey extension that increased its area by 60 per cent and opened in 2016, is highly expressive, comprising a twisted brick pyramid on the outside with a magnificent interior staircase that changes form and direction from level to level. It responds to the huge numbers that pass through the world’s most visited modern and contemporary art gallery each year and to the ways in which individuals now visit museums. The stair, which was described as a “vertical boulevard” by Tate Modern’s Swiss architects Herzog & de Meuron, serves and celebrates the movement and interaction of the crowds.

In June 2017, Switch House was renamed the Blavatnik Building.

SEC Armadillo, Glasgow
Formerly known as the Clyde Auditorium, the SEC Armadillo was designed by architects Foster + Partners. An international conference centre with seating for up to 3,000 delegates, the structure comprises striking interlocking shapes that echo the shipbuilding traditions of the River Clyde and the industrial heritage of its site on Queen’s Dock. A series of overlapping, aluminium-clad, framed ‘hulls’ wraps closely around the auditorium to minimise the building’s volume, while creating a distinctive profile on the Glasgow skyline. Floodlit by night and reflecting sunlight by day, the building provides a symbolic form that has come to represent Scotland’s largest city. Completed in 1997, and intended as a landmark for the regeneration of this once industrial site and for Glasgow as a whole, the SEC Armadillo helped to launch a new wave of more expressive, freeform designs.

Eden Project, St Austell
Geodesic domes are structures of great lightness and strength that were originally developed in the mid-20th century by visionary US architect Richard Buckminster Fuller, with a view to providing shelter for humans. Led by Andrew Whalley, British architecture practice Grimshaw found a remarkable and creative use for such structures when bringing to life the Eden Project in Cornwall. Constructed on the site of an old china clay quarry, and inspired by the concept of soap bubbles being able to land on and adapt to all manner of different surfaces, the eight domes of varying sizes were designed to accommodate the quarry’s irregular cliffs and slopes. Energy-efficient and future-proof, they were made from responsibly sourced materials. The team added an especially notable innovation, roofing the domes with ethylenetetrafluoroethylene, a translucent material weighing less than one per cent of the equivalent area of glass. The entire structure comprises two ‘Biomes’ – the Mediterranean Biome and the Rainforest Biome – in which it has been possible to recreate climates from across the world and grow 5,000 different species of plants. Open to the public since March 2001, the Eden Project is an educational and environmental charity that connects people with each other and the living world. 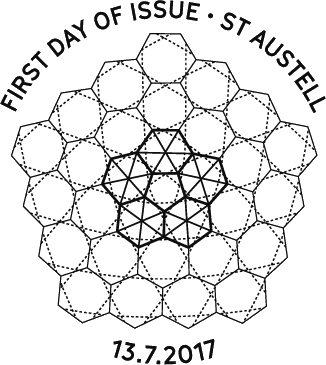 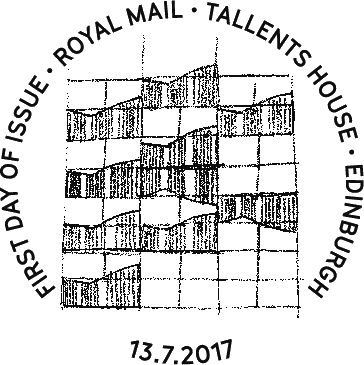