These stamps commemorate 500 years since Henry VIII knighted Brian Tuke, the first Master of the Posts, in 1516.

As you would expect from any institution that has been around for 500 years, there are a number of significant dates in Royal Mail’s history. The knighting of Brian Tuke was the catalyst for the creation of the Royal Mail we know today. Tuke had the influence and authority to establish key post towns across the country and build out a formal postal network.

Since then, the postal service has operated under 21 monarchs, served the country through two World Wars and been responsible for a number of world firsts, including the Bishop Mark (or postmark as it is known today), the first scheduled airmail service and the Penny Black – the first adhesive postal stamp. As the inventor of the postage stamp, the UK is the only country in the world that does not have its country name on the stamp.

History and Heritage
Brian Tuke, the first Master of the Posts - a precursor to the office of Postmaster General of the United Kingdom - was knighted by Henry VIII in 1516. Tuke had the influence and authority to establish key post towns across the country and build out a formal postal network. He died at Layer Marney on 26 October 1545 and is buried with his wife in St. Margaret's church in Lothbury.

Transport
Packet ships ran from the Tudor times to 1823, after which the Admiralty took over the service. They were used to carry mail packets to and from British embassies, colonies and outposts. The vessels generally also carried bullion, private goods and passengers making them a prime target for pirate attacks.  The ships departed from ports otherwise known as packet stations. They were Dover, Harwich, Great Yarmouth, Falmouth, Plymouth, Milford Haven and Holyhead.

Icons
Postboxes, or pillar boxes, were introduced to the UK by Anthony Trollope after he saw them in France. The first pillar box was erected in mainland Britain in September 1853. It was an octagonal box and was painted dark green and stood in Botchergate, Carlisle.

The first six London pillar boxes appeared on 11 April 1855. They were rectangular in shape. A replica box can found on the same spot in Botchergate today. Royal Mail now has around 115,300 postboxes of all shapes and sizes across the United Kingdom.

People
In the 19th century, post wasn’t always delivered by land. An unusual postal job in the London area was River Postman or woman in the Pool of London, the stretch of the River Thames from London Bridge to below Limehouse. The River Postman  or woman received and delivered mail to the moored ships. The first person appointed to this position was William Simpson in 1800. The position continued until 1952 when it ended due to the increase in commercial traffic on the Thames.

Connectivity
At the beginning of the postal service under King Henry VIII, the principal means of conveying letters was via a messenger boy on horseback. This method was slow and not always reliable. John Palmer, a theatre owner from Bath, had organised a rapid carriage service to transport actors and props between theatres. He recognised that he could travel faster than the post between London and Bath using stage coaches, so suggested the idea of the mail coach. The first run took place in 1784. The image of a red mail coach speeding across the country persists as a popular vision of the post in the past.

Technology
Medway Mail Centre started processing its first letters on 14 February 2012. The site covers 5.4 hectares, and the building itself covers almost 16,000 square metres.  The processing floor is over 11,700 square metres.  It has six new intelligent letter sorting machines.  These innovative machines sort mail into batches that can be sequenced into exact walk order to save postmen and women in delivery offices time when preparing to go out on their rounds.  At full speed, they can sort up to 45,000 items an hour. It also has five machines for cancelling stamped mail and one flat sorting machine for A4 sized mail.

Other technological advances in postal services history include: phosphor dots printed on the front of envelopes in order to facilitate mechanical sorting; the Single Position Letter Sorting Machine (SPLSM) - an example of the first successful British sorting machines that remained in use for 30 years; Intelligent Letter Sorting Machine (ILSMs), installed in mail centres in the mid-1980s and early 1990s. There are 66 machines in operation today around the UK, each processing more than 36,000 items per hour; PDAs (Postal Digital Assistants) were distributed to frontline staff in 2007 as part of a five-year investment programme. Developed to enable more flexible delivery for customers and better tracking, there are more than 76,000 hand-held devices used throughout the business today. 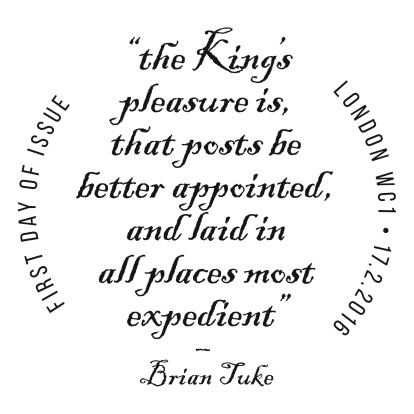 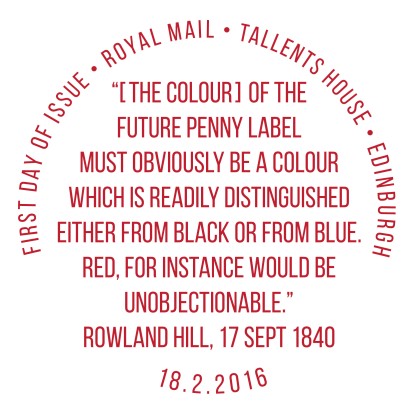