Shackleton and the Endurance Expedition

The stamps mark the remarkable story of survival of Ernest Shackleton and the crew of the Endurance. Shackleton’s heroism and resourcefulness have made him one of the most celebrated sailors and leaders of all time.

The eight-stamp set uses images of the actual voyage which were recorded by Shackleton’s official expedition photographer, Frank Hurley, on large format glass negatives. Hurley's photography is regarded as ground-breaking, and the stamp issue uses these to tell the chronological story of the voyage, survival and rescue.
Royal Mail worked closely with the Royal Geographical Society (with IBG) and the Scott Polar Research Institute on choosing the images that appear on the stamps.

Sir Ernest Shackleton’s granddaughter, Alexandra Shackleton, said: “These beautiful stamps show the images of Frank Hurley, photographer to Ernest Shackleton’s Endurance expedition, which set forth a century ago. Royal Mail is to be congratulated – I think my grandfather would have been pleased.”

Dr Rita Gardner CBE, Director of the Royal Geographical Society (with IBG), said: “Sir Ernest Shackleton’s Endurance Expedition is not just an incredible story of leadership and survival; it is a key part of the UK’s history of scientific exploration. We are delighted that the Royal Mail has chosen to mark the centenary of the expedition by issuing this set of stamps, featuring a number of the incredible Hurley images held in our Collections and currently on display in our Enduring Eye exhibition. These stamps and the exhibition will engage everyone with the UK’s Antarctic heritage.”

Professor Julian Dowdeswell, Director of the Scott Polar Research Institute in Cambridge University, said; “These attractive stamps provide a strong visual reminder of the epic escape from the Antarctic ice by Shackleton and his men.”

Stephen Agar, Royal Mail, said: “This set of stamps starkly shows the challenges endured by the 28-man crew of Endurance. Their bravery and determination have been an inspiration to generations, and are rightly honoured with a set of Special Stamps.” 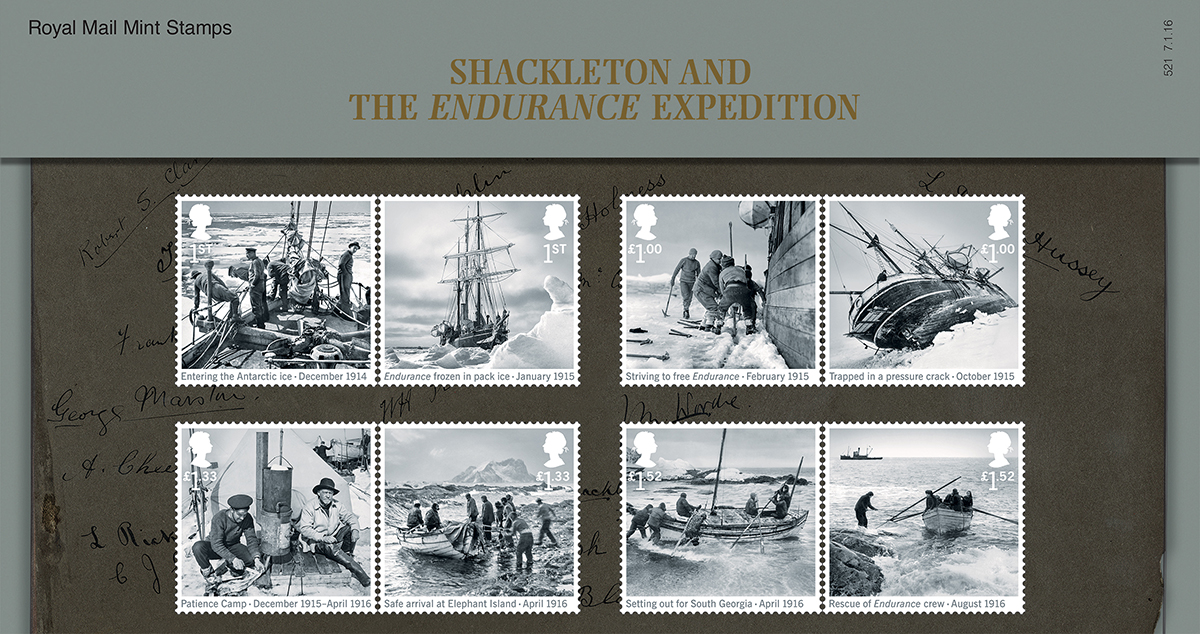 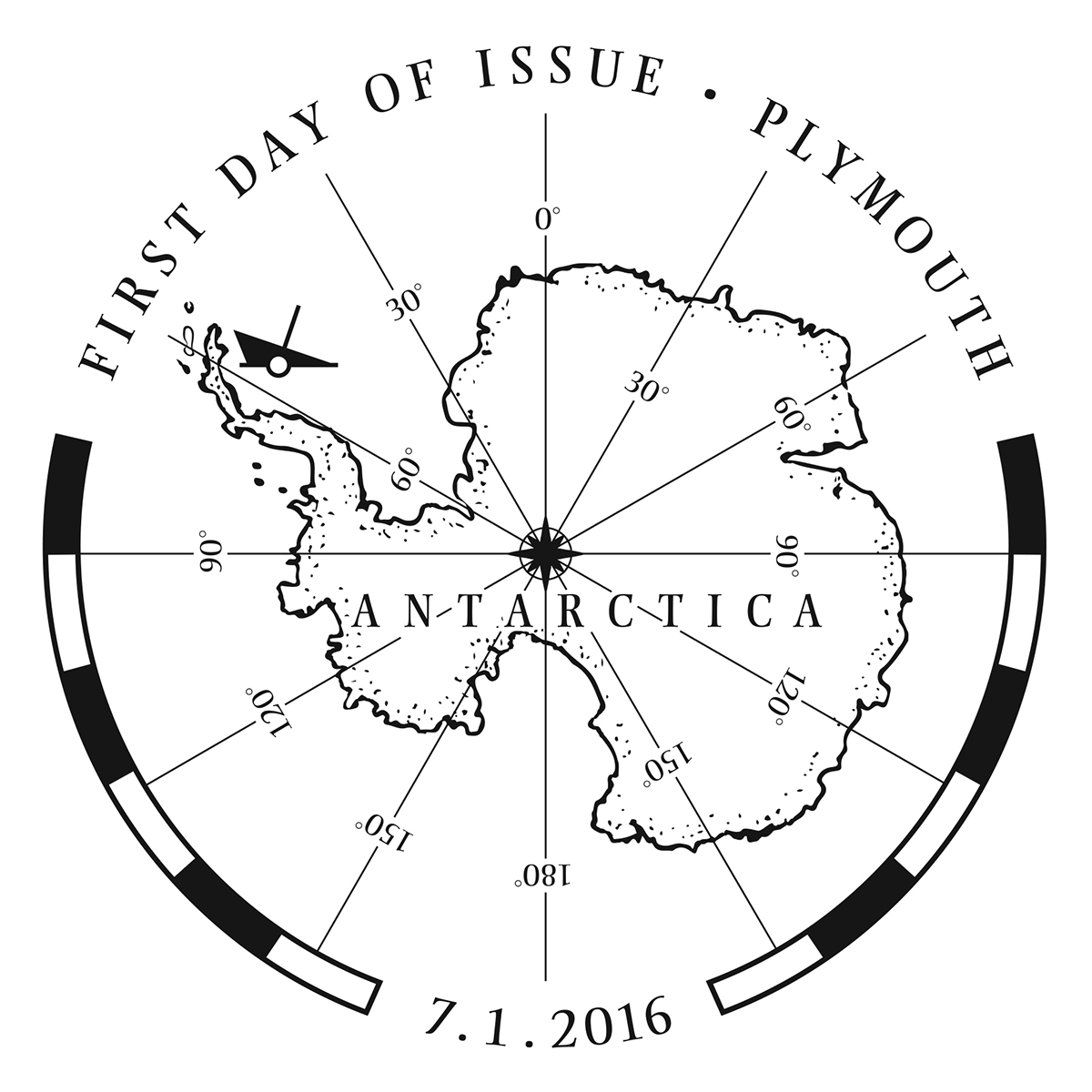 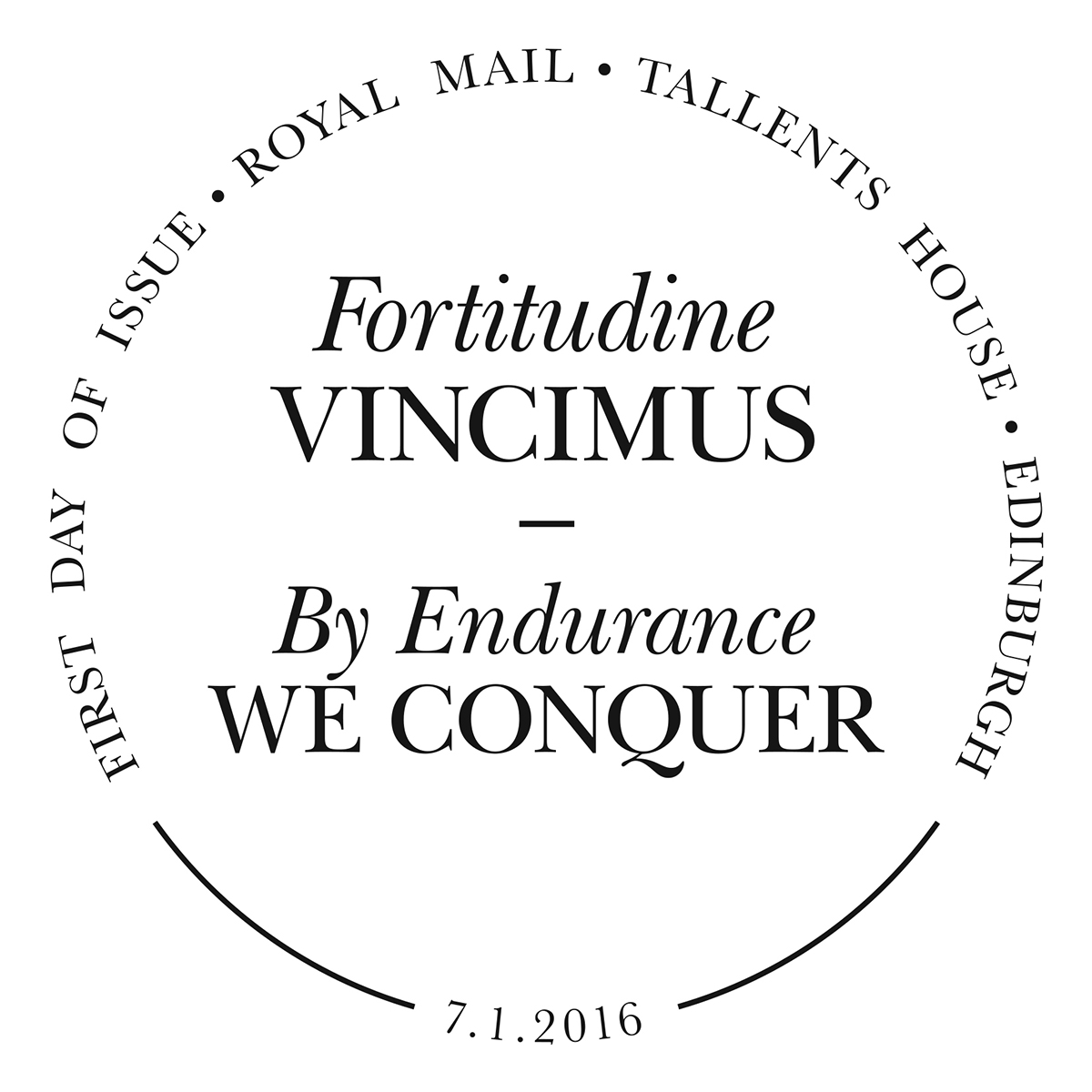