Once a Jedi Knight, the fearsome Darth Vader defects to the dark side of the Force to serve the Emperor as a Sith Lord. The main image shows his looming figure staring down on the viewer, while the action scene depicts Vader in a lightsaber duel with his son Luke Skywalker.

The Star Wars Special Stamps collection celebrates the British expertise behind the Stars Wars films and the release of the 2015 movie, 'The Force Awakens'.

A further six stamps make up the miniature sheet and explore the iconic vehicles and spaceships from the films – including the Millennium Falcon, X-wing fighters and TIE fighters – while in the background looms the dreaded Death Star. 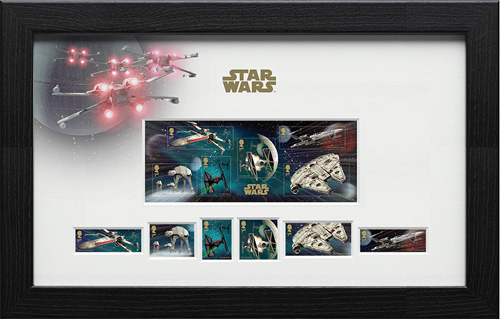 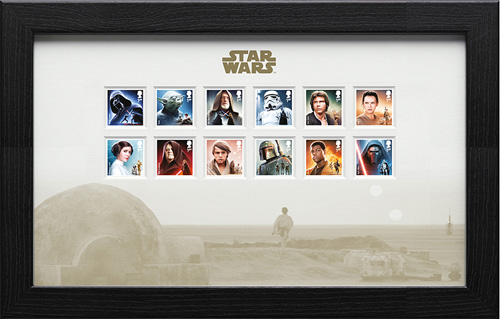 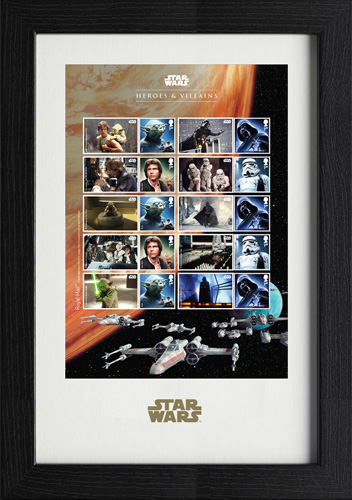 Next: Fact file >
Next: Collectors' corner >

Presentation Pack
The layout of the visually rich Presentation Pack reflects the story of eternal struggle that is at the heart of the Star Wars saga. It juxtaposes the light side and the dark side of ‘the Force’, providing a written summary of each one at either end of the pack.

Containing all 12 Special Stamps and the miniature sheet, it also features a wealth of information and imagery taken from the first six films in the franchise, together with images of two new 'The Force Awakens' characters on each side.

First Day Cover
The First Day Cover is issued across two covers, one with the 12 character stamps, and the other with the six vehicles. The background features a unique starscape depicting an X-wing pursued by TIE Fighters. The covers are cancelled with a special blue-inked Alliance Starbird postmark. 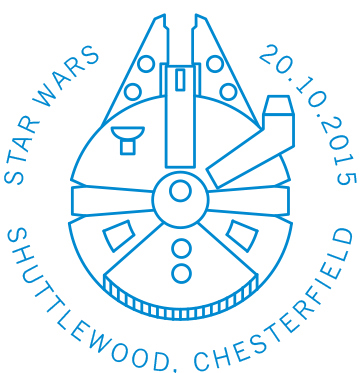 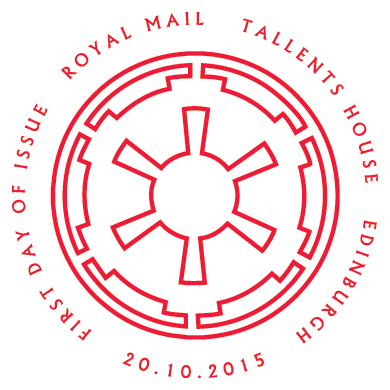 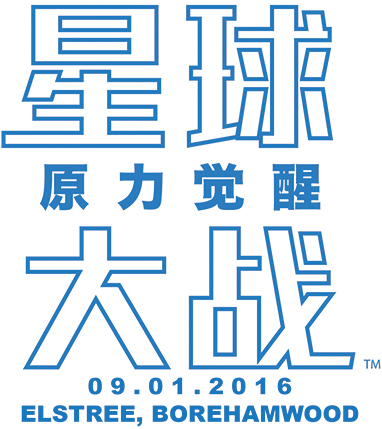 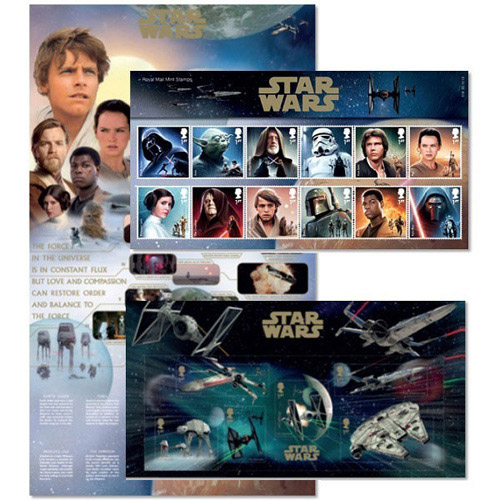