Laid out by Charles II in 1685, the Long Walk leads from the Castle to the Great Park and covers a distance of 3 miles (4.8km). Originally composed of elm trees, in 1945 it was replanted with chestnuts and planes.

This set of ten stamps celebrates Windsor Castle, the oldest inhabited castle in the world and an official residence of HM The Queen.

The stamps are a photographic celebration of the castle and explore iconic views of its splendid interiors.

Three stamps show exterior views of the Castle: the distinctive Round Tower; a view of the Castle from the Long Walk and The Norman Keep.

St George’s Hall, used for major state banquets for up to 160 people, was painstakingly restored following the 1992 fire. Many of the furnishings from the room were in storage as it was being rewired at the time.

The Queen’s Ballroom was extensively remodelled by William IV, but retains elements of Charles II’s decoration. The glass chandeliers are among the finest of their kind, commissioned by George III.

The Waterloo Chamber was remodelled from a Charles II room, and contains fine wood carving from that period. George IV, when he was Prince Regent, conceived the room to commemorate the defeat of Napoleon and used it for an annual banquet on the anniversary of the battle of Waterloo. The room is now used for the Queen’s lunch for the Knights of the Garter.

Completing the set are four stamps that feature interior images of St George’s Chapel, located in the grounds of Windsor Castle. The architecture is renowned as among the finest examples of Gothic in the UK – the medieval style of English architecture. St George’s Chapel is the spiritual home of the Order of the Garter, Britain’s senior Order of Chivalry founded by Edward III. Each member of the order is assigned a stall in the choir and above this their heraldic emblem is displayed. The stamps show the Sir Reginald Bray roof boss, Garter banners, St George’s Cross roof boss and fan-vaulted roof.

Windsor Castle has been the family home of British kings and queens for almost a thousand years. Covering an area of 13 acres, the castle is a working royal palace, regularly used for ceremonial and state occasions.

2017 marks the 25th anniversary of the devastating fire, which was the spur to the extraordinary rebuilding and refurbishment that almost 1m visitors a year enjoy.

The fire at Windsor broke out in the morning of 20 November 1992 and was finally extinguished fifteen hours later. One hundred and fifteen rooms were destroyed or very badly damaged by the fire and over a million gallons of water were pumped into the fabric of the building. The process of clearing, drying out, rebuilding and redecorating the damaged structure was completed five years later.

Philip Parker, Stamp Strategy Manager, Royal Mail, said: “Windsor Castle is one of the most famous buildings in the world, and has been a family home to kings and queens for almost a thousand years. Our new stamps celebrate the grandeur of this royal residence.” 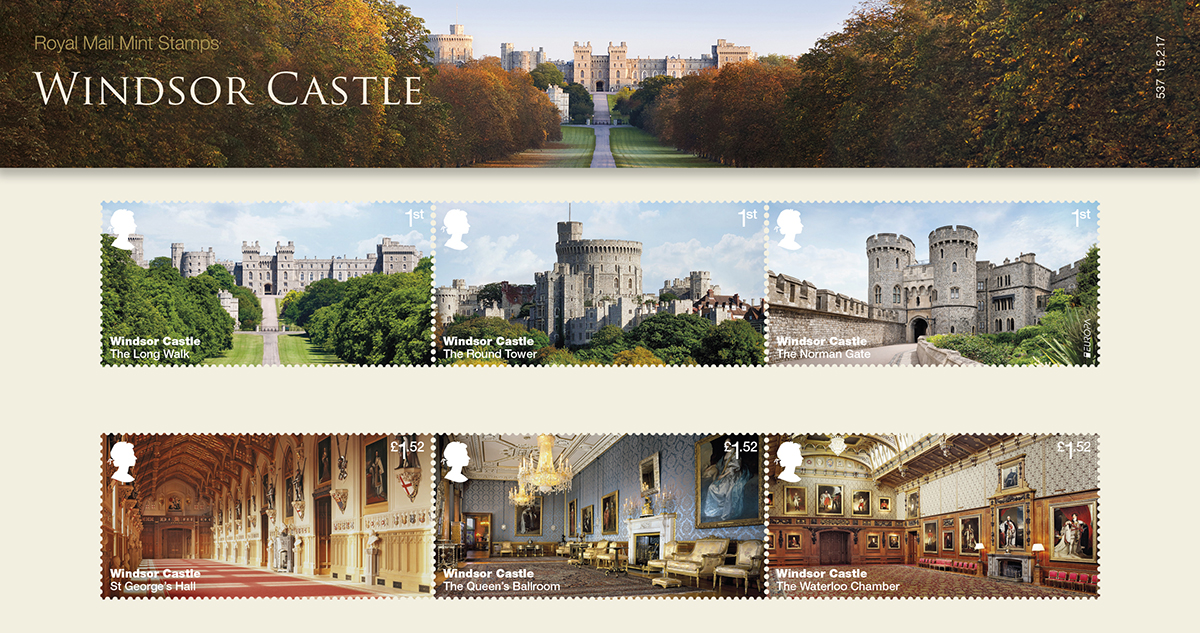 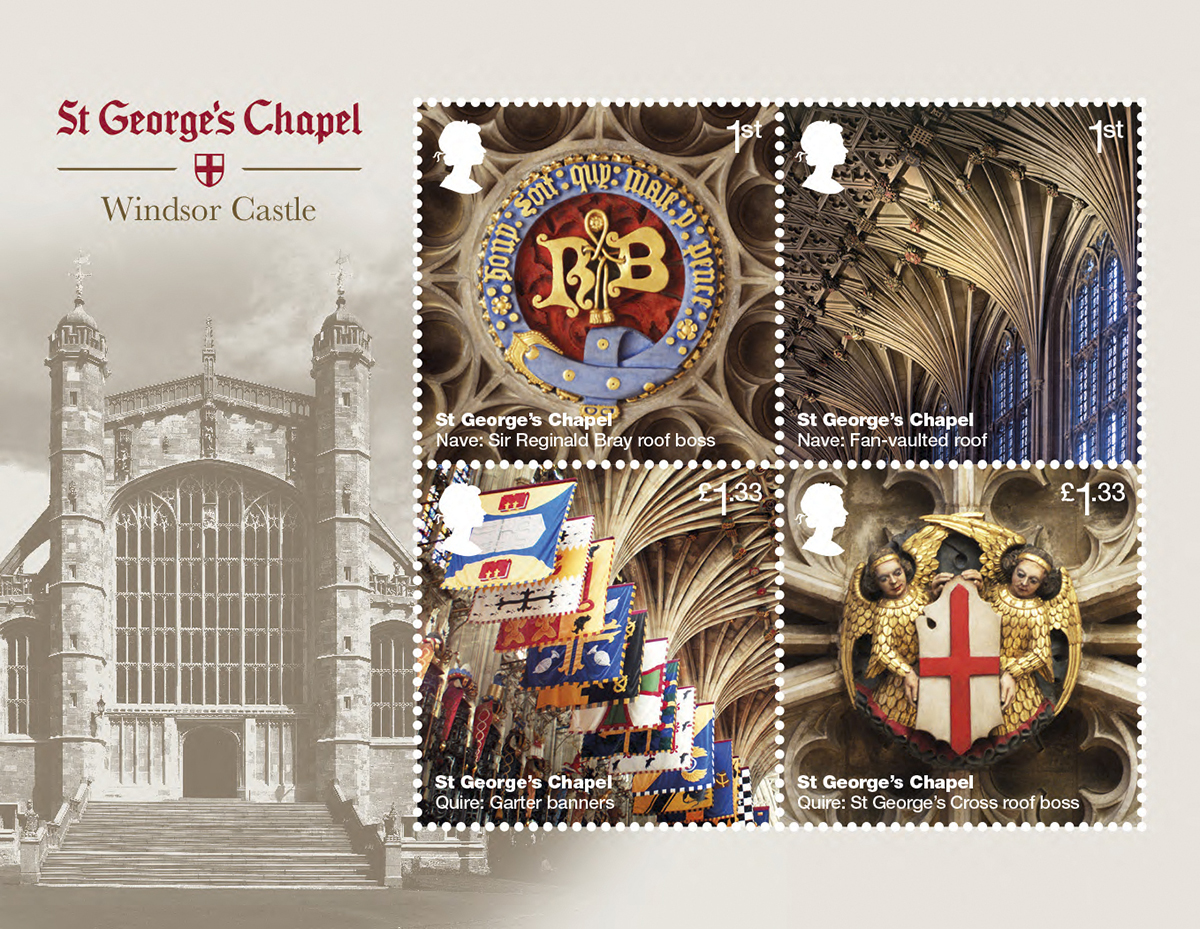 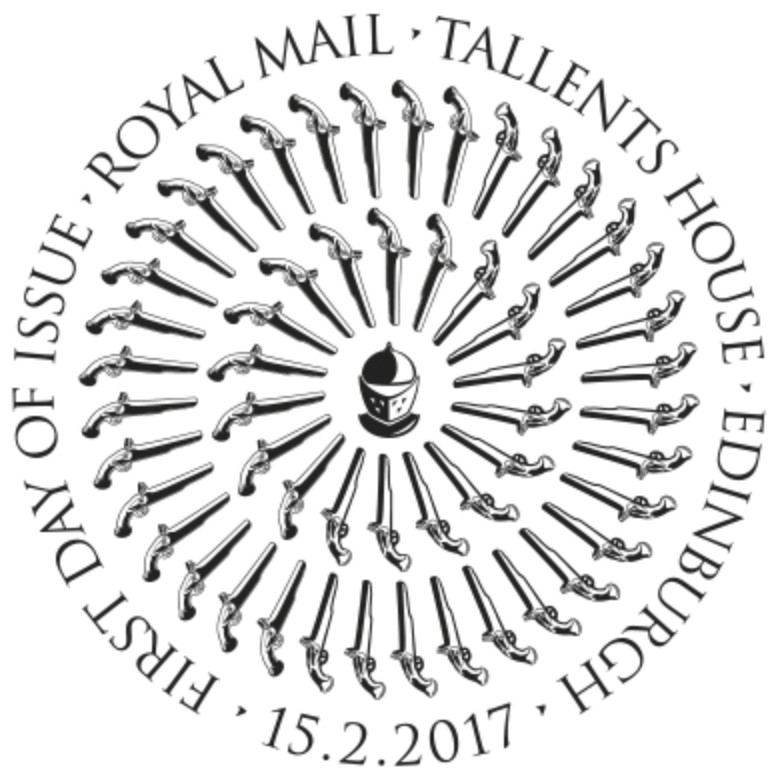